"The possession of knowledge carries an ethical responsibility." Evaluate this claim. 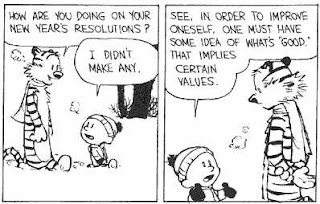 
Suppose you had sufficient evidence to give you good reason to believe – to know – that your neighbour is a terrorist; should you report her activities?


Common sense would tell us to ring the terrorist hotline immediately and protect ourselves and others in the neighbourhood from potential annihilation.


Utilitarians would tell us that we should consider the consequences and report the neighbour according to the principle that we’d be serving the greater good by sacrificing one individual.


Deontologists, such as Kant (a very complex case!), argue that the consequences of my action wouldn’t matter; it’s the intent that counts.  I have to ask myself: what would happen if everyone in the world did this, all the time? And would that be the kind of world I’d like to live in? Presumably we’d all live in utter terror and not step out of our front doors and lots of innocent people would die.  I don’t want to live in a world like that; therefore, I am compelled to report my neighbour.


Using a more sceptical argument, following Hume’s law, one can show that no amount of REASONED argument can get us from the premise ‘My neighbour is a terrorist’ to the conclusion ‘Therefore, I ought to report her to the authorities.’


Where does this leave us?  Look again at the question – there are so many Knowledge Issues embedded within it.  Perhaps we have to explore the idea of ‘responsibility’ more closely.  What’s the difference between ethical ‘responsibility’ and ethical ‘accountability’?  And where does our sense of ethical responsibility come from?  Are we born with it or do we learn it?  According to some religious belief systems we are born with Original Sin which explains where our sense of right or wrong comes from.  Not everyone is satisfied with this explanation.


So how do ipods feature in this reflection?  Consider the analogy of your playlist of songs with the network of beliefs which make up your moral cosmos.  Both are subjectively chosen and both are filtered by personal and cultural bias; often shaped by your parents’ tastes/beliefs and the fashions/beliefs of the society you live in.  Okay.  Our playlists are also shaped by the various published best sellers charts and by expert musical reviews, while our moral beliefs are also influenced by ethical documents such as the UN Declaration of Human Rights.
When you share your playlist with another person, one of three things can happen (of course, this narrows the possibilities): he can love your playlist so much that he adds some of the songs to his and so there’s some growth in musical taste; he can hate your playlist and never want to talk to you again because of your vile musical taste, so there’s some conflict and tension in your relationship; or he can shrug his shoulders with utter indifference and carry on listening to his own ipod, so there’s a kind of switching off to outside influences.  Now in this simplified analogy, the same things seem to happen when different sets of moral belief come together – sometimes within small communities, though usually between large nations.


It’s my responsibility to update my playlist as I experience a wider range of musical influences – how I adapt and choose the songs I add will be determined by a variety of personal and cultural factors (can you identify specific ones?).  And so it’s my responsibility to adjust my moral cosmos to the realities which I experience – the more I wake up to the world around me – the more knowledge I have of it – the greater is my responsibility to update my moral beliefs. Presumably, a psychopath-terrorist would be unable to adjust her moral cosmos either because she has switched off emotionally or has a distorted sense of reality.


Can you think of the problems of this anology?
Posted by TOK Team at 7:04 AM No comments: