“When the only tool you have is a hammer, all problems begin to resemble nails” (Abraham Maslow). How might this apply to ways of knowing, as tools, in the pursuit of knowledge?
﻿﻿

The Maslow quotation in this title could be a perfect summary of the opening lines of the children’s classic Winnie the Pooh:
“HERE is Edward Bear, coming downstairs now, bump, bump, bump, on the back of his head, behind Christopher Robin. It is, as far as he knows, the only way of coming downstairs, but sometimes he feels that there really is another way, if only he could stop bumping for a moment and think of it. And then he feels that perhaps there isn't. Anyhow, here he is at the bottom, and ready to be introduced to you. Winnie-the-Pooh.” [italics added]

Isn’t there also an echo of this in that great TOK classic, The Matrix, when Morpheus asks Neo if he felt in his mind that ‘splinter’ of knowledge of another reality...?
Anyway, sometimes, as the saying goes, the solution to our problems is staring at us right in front of our noses, but we simply can’t see it.  Just think of what happens to you when you misplace your phone? While this assumes that part of the problem of knowledge involves lapses of memory and misperception, presumably these very WOKs CAN also help to resolve the situation.  In short, one knowledge issue implied by this title is, to what extent is our knowledge-making brain flexible and adaptable to real life situations?  A straightforward answer is ‘Alot’, especially if you consider how inventors and scientists address glitches in their experiments!  But your job is to explain HOW the WOKs not only help the brain’s flexibility, but also to explore the limitations of the WOKs.
Transpose this idea onto a specific of knowledge: say Ethics.  We often find ourselves bumping our heads against a moral dilemma (pick one out of any of these) and struggle to think of ways of resolving it.  We may turn to various ethical theories to get us out of the bog of possibilities: utilitarianism, deontology, virtue ethics.  This is fine when debating about such issues rationally and from a theoretical perspective, but would you go through the same rational thought process when you find yourself right in the middle of a moral dilemma?
Sometimes, it seems emotion and intuition bypass the rational thought process you would normally undertake which finding yourself bumping your head against a moral problem.  This happens for evolutionary reasons – fight or flight – and because emotion and intuition save TIME and could save LIVES.  In a life or death situation, where survival is the only consideration, you are not going to take a breath and decide rationally if the needs of the many outweigh the needs of the few or if your particular choice of action is going to bring the greatest happiness for the greatest number of people.  By the time you’ve gone through this, someone (you, perhaps) might already be dead.  So are you always going to follow protocol and ethical principles or are you going to take a risk and follow your emotion or intuition?
A terrible moral dilemma in itself...which WtP, if not the WoKs, might help resolve.
Posted by TOK Team at 10:50 AM No comments:

“Knowledge is nothing more than the systematic organisation of facts.” Discuss this statement in relation to two areas of knowledge. 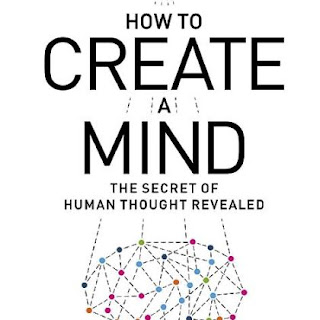 Think of someone new to mechanics.  How is she going to know how an engine works?  Reading about it in theory is one half of the job.  If, however, she takes an existing engine apart and learns about the different roles played by each physical component, in time, she’ll know enough about them and their interrelationships to put them back together in working order.  The engine is itself is nothing more than the sum of its parts.  Is this true of knowledge?  If you want to be an economist, is it enough for you to pick apart all the various facts about how an economy works (‘the engine’ of an economy’) to be able to claim that now you have economic knowledge?  What ‘more’ do you need?

Let’s continue the thought experiment.  Presumably, if our mechanic ever came across an alien engine, given sufficient time, she’d be able to learn about the individual alien components and reverse engineer the engine using components with which we’re more familiar.  This alien engine too would also be nothing more than the sum of its parts.  (Can we reverse engineer an entire economy?)

Now extend this analogy to living things.  Say human minds.  Can we reduce a mind to the component parts or physical functions and chemical reactions of the brain?  Surely a mind is MORE THAN the sum of its parts (we have discussed this idea in a series of posts under the tab ‘Consciousness’ - read posts from bottom up!).  If knowledge is also somehow MORE THAN the ‘systematic organisation of facts’, what exactly does this mean?

Implicit in this Q is the idea of ‘reductionism’ or ‘materialism’, which is a view of knowledge held by most scientists: all material things can be reduced to their smallest physical particles.  Combined with this view is the idea of ‘mechanism’: to think of living things as organic machines.  Scientists who believe in reductionism tend to be ‘monists’ (only matter is real – no place for immaterial entities); whereas those who take the ‘essentialist’ position are dualists (mind is something separate from its physical and chemical brain functions).  It gets a little more complicated than this especially when you take account of recent developments in technology and AI.

Coming back to the question of mind or consciousness: if mind IS only a system of organised facts (just like a human or alien engine, the mind is a ‘brain engine’), then presumably we can reverse engineer it like any other engine (click the picture above to view the TED Talk on this issue)...
Posted by TOK Team at 7:10 PM No comments:

The TOK Essay topics for May 2014 appear to have been published (earlier than anticipated) and are available here courtesy of Mr Hoye's TOK Website:

1.       Ethical judgments limit the methods available in the production of knowledge in both the arts and the natural sciences.  Discuss.


2.      “When the only tool you have is a hammer, all problems begin to resemble nails” (Abraham Maslow).  How might this apply to ways of knowing, as tools, in the pursuit of knowledge?


3.      “Knowledge is nothing more the systematic organization of facts.” Discuss this statement in relation to two areas of knowledge.


4.      “That which is accepted as knowledge today is sometimes discarded tomorrow.” Consider some of the knowledge issues raised by this statement in two areas of knowledge.


5.      “The historian’s task is to understand the past; the human scientist, by contrast, is looking to change the future.”  To what extent is this true in these two areas of knowledge.


6.      “A skeptic is one who is willing to question any knowledge claim, asking for clarity in definition, consistency in logic and adequacy of evidence” (adapted from Paul Kurtz, 1994).  Evaluate this c]approach in two areas of knowledge.
Good luck with your essay writing!
Posted by TOK Team at 6:50 PM No comments: